Home Adidas The Adidas 4D Run 1.0, the coolest shoe nobody cares about 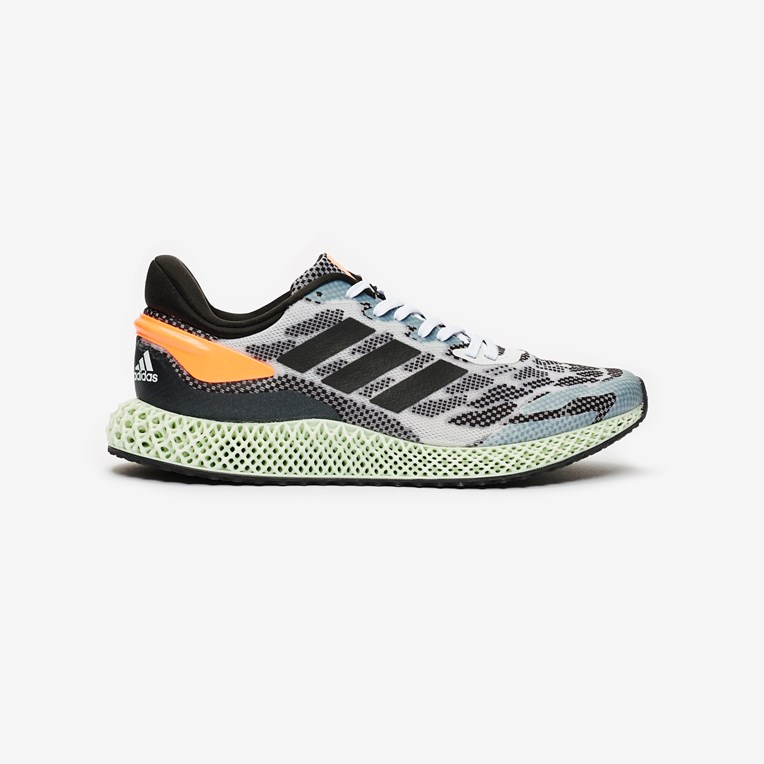 The Adidas 4D Run 1.0 is the latest running shoe from the brand with the three stripes, and stands out from the pack thanks to its “4D” sole. The sneaker has got some very positive reviews, and looks like no other shoe on the market, however it has gone fairly unnoticed.

Originally making noise back in 2018, the 4D sole is completely 3D printed, from a liquid substance, that felt like the height of innovation at the time. This was around the time that the BOOST cushioning hype had started to die down, and people were looking for the next move Adidas would make. The general reaction to the 4D soles were extremely popular, with the looks being heavily praised as well as people wanting to know how they felt. The Futurecraft 4D was the first shoe with the new type of sole, selling out instantly, and is now reselling for over $1000.

This excitement didn’t last long however, as the running shoe trend seemed to be replaced with other styles such as “Dad” shoes, and people stopped prioritizing cushioning as much as they did in 2015. The hype also died down because of the lack of shoes sustaining it, as only a few colorways of the Futurecraft released and after that, there was a long pause until the next 4D shoe released. By the time it did, although there was still excitement, it was all but killed with the insanely high price tags. Although understandable because of the new technology that was being utilized, very few people wanted to spend $250 on a 4D model when they could get UltraBOOST’s on sale for half the price.

That being said, Adidas has stuck by its innovative cushioning, releasing more and more sneakers utilizing 4D over the last few years, and the retail price has steadily decreased with it. With the necessary backstory out of the way, the Adidas 4D Run 1.0 is the latest shoe featuring 4D that has been designed for running and pairs the futuristic sole with a knitted upper and plastic reinforcements around the heel of the shoe. The out sole is created with continental rubber to provide long lasting traction, and unlike many of Adidas’ running models, the tongue is separated to provide a more customized fit. One of the downsides of 4D is that it adds a lot to the weight of the shoe, however the light upper more than makes up for it.

Although the shoe is named the Adidas 4D Run 1.0, it would be great to train in, or just to wear casually. Its design is eye catching and the cushioning is on par with the Adidas BOOST models, so the shoe really can be used in a wide range of circumstances, however it does lack the structure required for something as serious as a marathon or competition. The Adidas 4D Run 1.0, regardless of its unique look and impressive technology, is still available online from nearly all of its stockists, so whether you are curious about its mid sole, or are looking for something comfortable, you can get the Adidas 4D Run 1.0 now for $220.

A complete history of Kanye West’s venture into sneakers

Photo: StockXKanye West started his venture into sneakers back in 2007, collaborating with his friend Nigo, and his popular street wear brand Bape. The...

The Adidas Superstar, turning 50 this year

Photo: SkolanlarThe Adidas Superstar is one of the most famous sneakers in the world, and this year it is turning 50. Released back in...

The Adidas 4D Run 1.0, the coolest shoe nobody cares about

Photo: SneakersnstuffThe Adidas 4D Run 1.0 is the latest running shoe from the brand with the three stripes, and stands out from the pack...

Photo: Adidas The Air Jordan 5 is one of the most popular retro Jordan models to date, and has come out in plenty of iconic...

A look into Adidas’ world saving collaboration with Parley

Photo: AdidasIn recent years, Adidas has collaborated with Parley for the Oceans, recreating Adidas' most popular shoes with a twist. Originally starting in 2015,...

© Kickzy 2020
We use cookies to ensure that we give you the best experience on our website. If you continue to use this site we will assume that you are happy with it.OkRead more